If you are running a recent version of AddressLabels (6.40 or later) and your iOS device is running iOS 13.0 or later, your data will be automatically stored on the Cloud, as long as you have enabled AddressLabels to use iCloud, in your device settings. There is therefore no need to use Dropbox as described below.

There is more information here – Cloud backups and syncing

For older versions of AddressLabels, or if your iOS device is running an iOS version previous to 13.0, iCloud syncing is not available. However, it is still possible to make a backup using the Dropbox Backup feature.

It is useful to have a backup of your lists just in case somehow your device crashes etc. and you lose your data.

Another very useful feature of this is that it allows list to be in effect copied from one device to another e.g. from iPhone to iPad. You would create a backup on one device, log onto Dropbox on the other, and do a restore.

Please note that if the names on your lists have come from Contacts, the two devices should have their Contacts synchronised for this to work seamlessly.

Having created a Dropbox account, to use the backup/restore feature, tap the Dropbox sync button on the lists screen (bottom left button).

If you are not already logged onto Dropbox, you will be presented with the logon page. 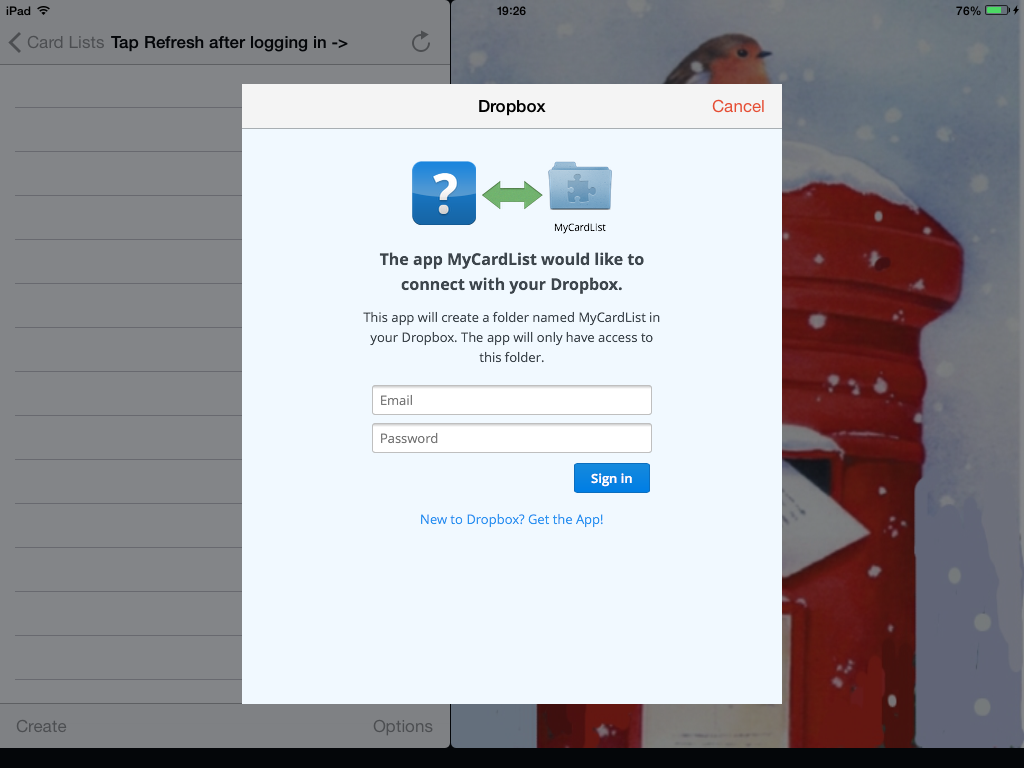 Enter your Dropbox Email and password. You will then be presented with a table of any existing backups. There is a slight problem with this when using an iPad – the table will be empty, as below: 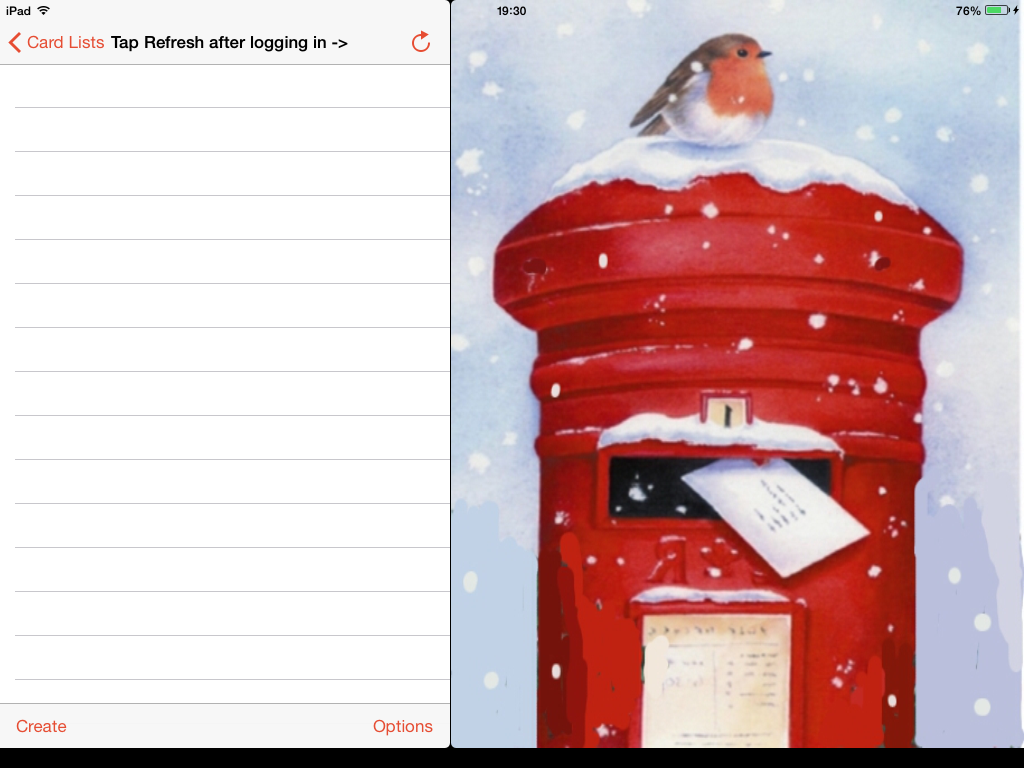 The blank table would have been present before you logged in. If there are any existing backups, perhaps generated on your iPhone, or on a previous session on your iPad, you need to refresh the table by either going back to the previous lists screen and hitting the sync button again, or hitting the refresh at the top right of the backup tables screen:

To create a backup of your current lists, tap the Backup button on the bottom left of the screen, and hopefully get a Success message displayed. 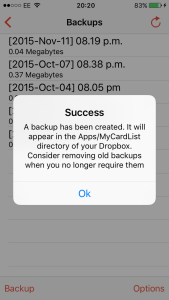 To restore to a previous backup, perhaps one made on a different device (and therefore allowing you to copy lists from one device to another), do the following.

NOTE: before doing a restore, it would be a good idea to first create a new backup as the restore will overwrite everything in your list. 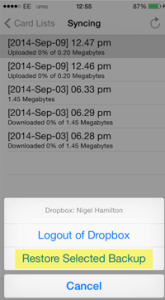 You will be asked to confirm that you want to do the restore (since it will overwrite your existing lists). Select Restore and hopefully get the OK message.